Blood Clot Signs: 3 Symptoms of Important Body Parts You Should Look After

All of us have seen a blood clot before. It happens every time we accidentally get a paper cut, or when we nick ourselves with a knife or with a razor: the blood congeals and stops the bleeding, only to break up and disappear after the cut has been healed. In such instances, they save the day! However, there are a lot of moments when they become a problem instead of being the hero of the day.

If they don’t end up breaking apart, they can enter your bloodstream and lead to various, dangerous medical conditions. The worst thing is that you can get them virtually anywhere in your body, so knowing the signs of potentially having one can make the difference between saving someone (or yourself) or seeing someone have a stroke in front of you.

Despite the general rumor, you can get blood clots both in your arteries (which are responsible for getting oxygen from your heart to everywhere else in your body, and a blockage can lead to the aforementioned stroke) and in your veins (which bring the blood back to the heart from the body). The only difference between them is that the symptoms show up slower when it comes to the veins, but they are by no means any less troublesome.

We found some of the most common signs you may have a blood clot and categorized them by body part, so they would be easier to spot. This way, you will know when your body is starting to warn you and you can get the medical help you need as fast as possible. But keep in mind that sometimes these clots can be silent problems, as they don’t always cause symptoms.

Either way, we have to warn you that given how serious some of these symptoms are, they’re also common among various medical conditions. You should make an appointment with your doctor if you happen to have any of them!

Similar to other parts of the body (about which we will discuss later), the clots that appear in your lungs aren’t developed in the lung, but rather they have originated elsewhere. In most cases, the clots travel from a deep vein located in your leg or arm after they break off, and that’s how they make it all the way to your lungs.

When the blood clot reaches your lungs, it turns from just being a clot to you developing pulmonary embolism. This is a very dangerous disease as it blocks the blood vessel it ends up in, thus cutting off the blood supply to your lungs. You should be on the lookout for any of the following symptoms, so you know when to go see the doctor: developing pains in your chest or a cough; feeling short of breath or suddenly having problems breathing; feeling dizzy; or beginning to sweat out of the blue.

It’s better to make an extra visit than to be too late!

Unfortunately, the brain seems to be the place in the body that has the most ways in which blood clots can appear. From them being caused by fatty deposits on the walls of various blood vessels (which are responsible for bringing the blood all the way up to your brain), to them appearing because you got a concussion, and the blow caused a blood clot to appear.

Other times, the clot could travel all the way up to your brain, after forming somewhere else in the body (like the neck or chest, or even in the heart). It just didn’t cause any problems until it used the bloodstream to travel to the brain, where it would cause a stroke! Strokes are very dangerous, and some people never recover from them, not to mention that fainting due to one can cause other types of problems if you fall badly.

This is why you should watch out for these most common symptoms: a general feeling of weakness, problems with your speech or vision, and a seizure.

There is a chance of a blood clot developing in your heart or anywhere around it. However, if that happens, there’s a high chance of having a heart attack as there won’t be enough blood to pump due to a blockage. You should watch out for sudden sweating, severe pain in your chest or arm, and trouble with breathing. Heart attacks are no joke, and you shouldn’t minimize the symptoms if you have any.

Read more about heart disease symptoms you may be ignoring here!

With how common other types of blood clots are, the ones that happen in the kidneys are less frequently in the memory of people. Yet, this doesn’t make them any less dangerous! If you develop a clot in your kidneys, it might impair your body’s ability to remove toxins and waste from your body. This can lead to you developing high blood pressure and it can even lead to kidney failure.

We don’t have to spell out just how critical it can be to have kidney failure, and with how long the waiting list for a kidney transplant is, you have to keep these signs in mind when considering a blood clot.

The most severe symptoms are blood in your urine, high fevers, and pain in the side of your stomach, thighs, or legs. However, other symptoms might include nausea (often accompanied by vomiting), sudden and severe leg swelling, high blood pressure, and even having trouble breathing. If you notice any of these, even in the slightest capacity, and especially if they’re persisting, you should make a medical appointment as soon as possible.

A less common fact is the one that you can develop blood clots in the veins that are responsible for draining the blood from your intestines. Moreover, they can be caused by various factors, including birth control pills and even other medical conditions such as liver diseases or diverticulitis (which cause inflammation pouches to appear in the intestines).

Because there are so many diseases that cause problems in the stomach area, it can be pretty hard to pinpoint symptoms associated with clots in the stomach. However, you should investigate further if you happen to have any of the following problems: severe belly pain, especially after you just ate, nausea or vomiting, bloody stools; even diarrhea, or feeling bloated for a longer period of time.

Since we generally nick or hit our legs and arms more often, there is a high chance of a blood clot forming in any of the deep veins that travel all through our limbs than in any other places. When these form, there is a chance that you could have deep vein thrombosis (or DVT), which is what causes the blood clots to form and then travel to your lungs or heart.

Generally, DVT appears after you haven’t moved around for a really long time, during a really long plane trip, or even after surgery. The most common symptoms of having DVT are quite easy to spot if you know them, so if you think any of the following applies to you, get medical help as soon as possible.

It can happen that the area where the blood clot forms swells, or you could see your whole arm or leg starting to swell suddenly. At times, the affected limb might even change color, to red or blue hues, and start itching. Other times, you may notice (and feel) your veins swell, and they may be painful to the touch as a result of the increased pressure.

If you experience any type of persistent pain that is occasionally accompanied by throbbing pain, sudden edema on your skin, or any lower leg cramps that happen over a period of time, there is a high chance you may have DVT.

However, if you start having problems breathing, or if you happen to start coughing up blood, you have to call 911 as soon as possible. This symptom, together with pain in your chest and potential dizzy spells, can mean that the blood clot traveled up to your lungs and you should get help as soon as possible! 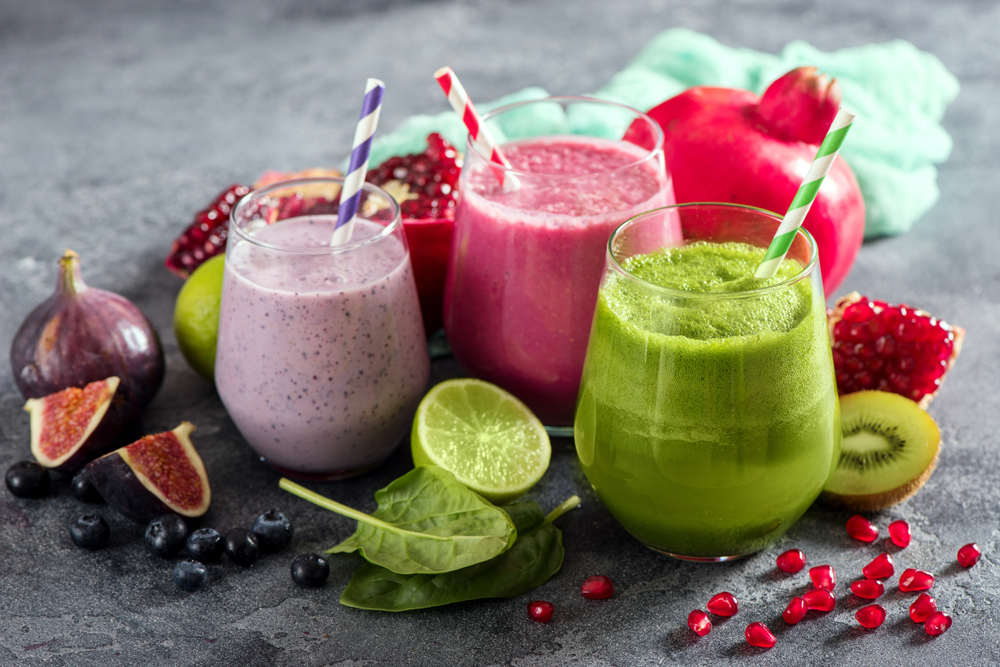