In order to live the best lives possible, we may sometimes end up developing some habits and falling prey to some of the worst patterns that are actively impacting our health. It may not seem like much, but a lot of the things we do, even unconsciously (like sitting down and losing sleep), have a direct effect on our bodies that goes against our craving for living a long, happy, healthy life!

As humans, we are wired to crave comfort and enjoyment, yet that also leads us to compulsively pick up bad habits that, in the long run, are horrible for our health.

And there’s no shame in admitting we have these impulses. After all, we are just humans, and it takes a lot of trial and error to get rid of patterns of behavior. The problem is when we know they are bad habits and we aren’t doing anything to correct them.

This is why we have gathered some of the worst habits a lot of people pick up that science and doctors have proven to be actively shaving off years off your life! Let us know if you know about these bad habits, or if you are actively trying to combat any of them!

If you make a habit out of losing sleep, it will have repercussions later

How awesome would it be if the only side effect of not getting enough sleep would be to be a little tired and cranky the next day! Sleep specialists have conducted a number of tests and studies that have proven that lack of quality sleep doesn’t only lead to a number of serious health conditions, but it could be a cause of heart disease and diabetes!

Sleep deprivation is one of the health issues that leaves no part of our bodies unscathed! If you have a habit of losing sleep in favor of doing other things, you will be sad to find out that the tiredness is not the only thing that will seep into your bones; it will come with serious health issues and can develop into chronic diseases that will make you crave sleep more than anything.

Losing sleep will shorten your life due to the numerous side effects it has and the direct impact it has on healthy bodies (there is a reason it was used as a torture method). Not to mention it inhibits your senses and your reaction time, along with your brain capacity: no one can be in their best shape if they haven’t gotten a good night’s sleep.

However, you won’t see people warning others about sleep since it is so disregarded in our society and communities. Worse, some people look down on sleep as a waste of time, when in reality, our bodies deeply need sleep in order to recover.

Do yourself a favor and don’t miss those extra hours of sleep if you can help it! Have trouble sleeping? This may help!

Stress is a silent killer

Chronic stress can actually become a habit, as a lot of people who are not accustomed to thinking about other underlying causes think they are being more productive when they are stressed.

This is not only a bad way of going about completing your tasks, but it just helps stress shorten your life span. And we aren’t saying that you are losing years of your life by being stressed, but rather that stress has a proven effect on a molecular level.

Research has shown that stress actually impacts us on a cellular level, attacking the DNA and reducing the length of the protective casing at the end of the DNA strand (which is more commonly known in the medical field as a telomere). Different types of stress impact us in different ways, but this is in direct correlation with how we have survived as a species for centuries.

Our brains are wired to always be on the lookout for threats so that we can survive and adequately deal with anything that is trying to kill us. Being under constant stress (and sometimes relying on it due to habit) will keep your body on constant alert, which will age your cells and cause you to age faster! This will make the telomeres’ length shorter and make them appear the size of a much older person, despite the patient being in their prime years.

Stress actively ages you, which is why when you are putting off relaxation with the excuse of having time later or when you retire, you are actively making things worse for yourself.

The one habit everyone can name: Smoking

You probably saw this one coming, but we cannot hide and pretend that having a habit of smoking doesn’t have effects on our bodies. Besides the fact that it is well known to cause cancer, smoking does actually lower your lifespan. Doing so without having to give you any other life-threatening diseases.

And while some will come up with examples of their great-great-grandparents having smoked for years, but they still lived a long and happy life, with no problems from this particular habit, thinking like this is a problem. Smoking is the number one cause of death in the U.S. that is 100% preventable! Not to mention, times have changed and with all the information out there, it’s not an argument that can keep standing.

Studies after studies have shown and proven to us that smoking is harmful, and when it comes to lowering your lifespan, it can take off over ten years of your life expectancy! The latest study has shown that while women lose 11 years, men lose about 12! Not to mention all the other problems smoking can cause, like developing lung cancer!

If you’re a frequent smoker, you should probably look into trying to quit this habit or at least limit the amount you’re smoking!

Believe it or not: Loneliness

Yeah, it may not sound like something that would impact your life so much, but if you fell for such a way of thinking, then you probably never had a moment in your life when you felt extremely lonely. These types of negative emotions have such a high impact on our lives that even if you don’t have any other harmful habits, it will still be very serious.

We doubt you ever imagined that loneliness would shorten your lifespan by 15 years, but research in this area has shown that this is the result! Fifteen years is such a long amount of time that even if we say that we’re losing it, it may be hard to imagine.

However, researchers have said that it has the same effect on our bodies that is similar to the impact of smoking 15 cigarettes a day for years and that loneliness and not having enough social interaction actually reduce your lifespan more than the time associated with obesity.

Unfortunately, loneliness doesn’t only lower our lifespans, but it is actually linked with a number of other important, and at times, dangerous diseases. These include, but are not limited to, dementia, depression, and anxiety, and put you at an increased risk of developing a lot of cardiovascular diseases!

Not to mention, it will actively decrease proactive performance, inhibit your decision-making and reasoning skills, as well as creativity! So, for both our personal and, at times, professional sakes, we should strive to make a habit of reaching out to others, but also all of us should pay more attention to the loneliness epidemic around us!

When you’re having a bad day, call your parents, friends, or other family members if you can’t meet up with them!

Sitting down all day at a desk will ACTUALLY shorten your life!

Since a lot of us have desk jobs, this information may sound very daunting. After all, it’s not every day you find out that by sitting down you’re losing years off your life. But with how much evidence there is out there when it comes to how much prolonged sitting affects your health, we feel like it’s high time this habit we all have is brought front and center in our minds.

Not only will it lead to a shortened lifespan, but research has shown that even if you work out regularly and are generally fit, it may not make much of a difference. An assistant professor of nutritional sciences from Cornel University has said that the assumption that if you’re physically active during the day and are keeping in shape, it will act as a protector against the effects of sedentarism is false.

She said that no matter how much you work, if you spend too much time sitting each day, there is nothing that can make it better. If anything, it may even make matters worse since your body goes from one advanced state to another one pretty fast and it can create an effect of whiplash in your body.

Professor Seguin recommends that if you’re working in an office, you shouldn’t ignore breaks and you should always find ways in which you can get up and move around frequently, even if that means getting a smart watch or app that will remind you to do so. And yes, that means that eating lunch at your desk is a thing of the past! You can get up and go to the kitchen to eat, and if you do this, you will also be forced to socialize!

This goes for the time you aren’t spending at work as well. You should get up during commercial breaks if you’re watching a show or the news, and take breaks from watching your show on a streaming service or when you’re sitting at the computer. Even if you are now retired, you should make an even more conscious effort to interrupt this habit of being very sedentary!

And once you start, believe us, it will come as second nature to not be seated for prolonged periods!

If you want to know more about which healthy snacks are actually harmful to your health, keep reading here! 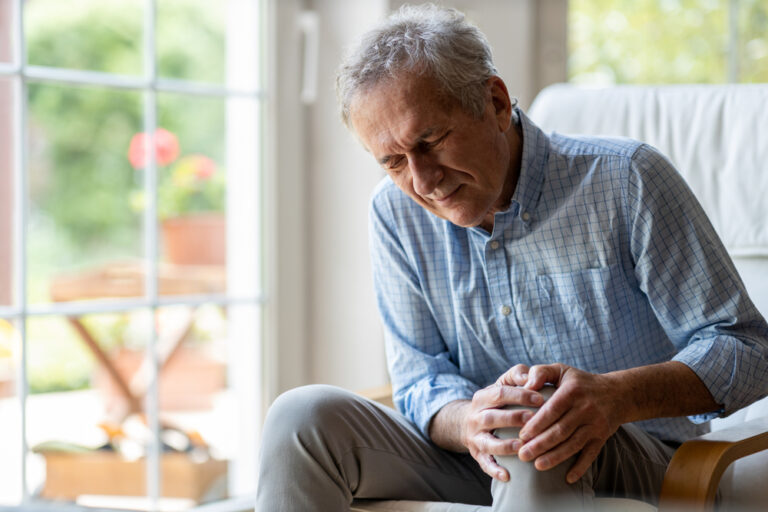 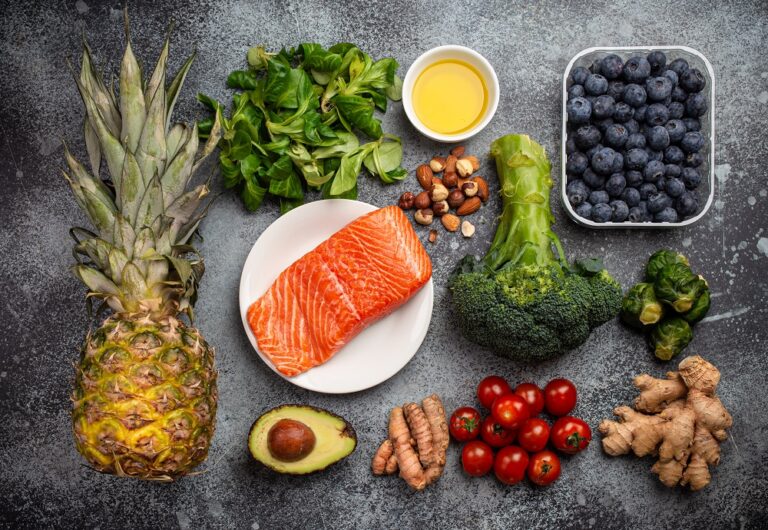 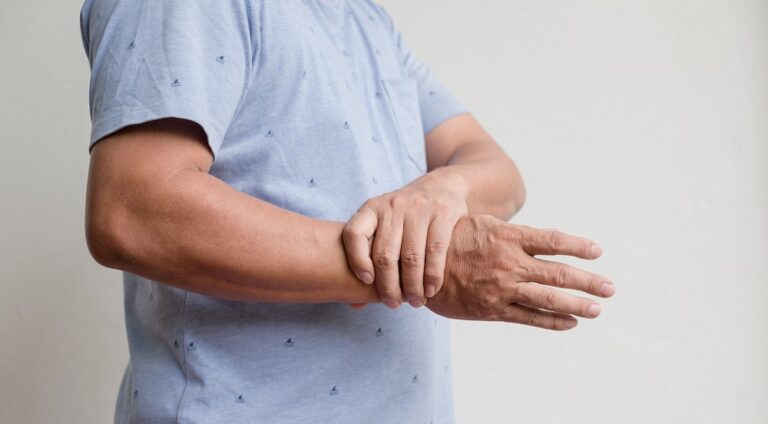