7 Cancer Causing Foods You MUST Avoid

Did you know that lots of your favorite foods contain substances called carcinogens? They are what cause cancer in the body. Medical research has identified over two hundred different types of them so far.

Possible signs and symptoms of cancer include abnormal bleeding, a lump found in the body, unexplained weight loss, sudden change in bowel movements, frequent fevers or infections, feeling fatigued, loss of appetite, shortness of breath, or even coughing.

While these symptoms may point to a possible cancerous development in the body, they can also emerge with other health issues. Millions of people each year are diagnosed with different types of cancer such as breast, ovarian, skin, oral, colon, lung, bladder, and many other types of cancers.

The good news is that you CAN lower the chances of getting cancer by modifying your diet. Research shows that cancer is preventable when you make some changes.

The list of ingredients is often long on the labels of foods sold in supermarkets. So let’s learn to recognize the additives that can play a role in developing cancer to avoid them better.

Keep reading to see the 7 foods you should stay away from!

Those delicious microwave popcorns you’ve been making for movie night can be putting you at high risk of cancer. It’s because the microwave popcorn BAGS contain a chemical called perfluorooctanoic acid, which is a highly toxic substance.

In fact, several studies have discovered that people with work-related exposure to this chemical are at a higher risk of bladder and kidney cancer as well.

A study which was published in the Environmental Health Perspective Journal states that PFOA can even cause impaired fertility in women.

If you love popcorn, you should make it in an air–popper to avoid these health-related concerns…And of course, Orville Redenbacher’s is always a great option!

Grilled red meat is famously responsible for releasing heterocyclic aromatic amines. They add to its taste but are proven carcinogens in cancer etiology. Processed meat like hot dogs doesn’t contain any of the actual food’s original chemical and molecular structure.

A healthier option would be to boil or bake red meat. For processed meats such as smoked ham, bacon, and sausages to stay fresh, producers “freeze” them with chemicals such as sodium nitrates, which eventually make them bad for your health.

Plus, processed meats also contain excessive amounts of salt, which is also bad for your health. A 2008 study published in the Journal Nutrition and Cancer suggests that eating processed meats might be involved in the cause of colorectal cancer.

You must also avoid excessive intake of red meat since it can lead to multiple risks of colon and prostate cancer. If you want to prevent those harmful effects of processed meats, substitute it with lean meat and cook your own food whenever possible.

These types of foods include preservatives that are added to increase their shelf life. Smoked foods contain nitrates that are well-known carcinogens. The pickles you prepare at home are safe because you don’t add any preservatives.

So homemade foods are an excellent alternative to these pickled foods. Smoked and pickled foods may be delicious, but at the same time, they make your body unhealthy. In fact, smoked foods that pick up tar from the smoking process hold extreme danger to it.

Just as cigarettes do! Most of these foods also increase the risk of tumors. Also, because they regularly contain preservatives that accumulate in your body, this can cause damage at the cellular level and lead to cancer.

Smoked foods are high in fats, and when cooked at high temperatures, the nitrates in them are converted to nitrites which can cause even more harm to your body. So, try to avoid smoked or highly pickled foods as much as possible.

If there’s one thing out of this entire list you must avoid at all costs, it’s canned foods. Canned goods contain bisphenol-A, that BPA that can genetically change your brain cells. This is the same compound found in plastics as well, and they can mutate DNA.

The best alternative is to go for fresh vegetables and other foods you’ve been buying in a canned form. They may seem harmless since they allow you to enjoy the taste of your favorite vegetables all year long.

But living health-wise means avoiding canned goods, primarily canned vegetables. Because of the BPA in them, they increase the risk of breast cancer, prostate cancer, early puberty, metabolic disorders, infertility, and other hormone-related medical conditions.

Also, canned tomatoes pose a significant threat to your health due to their higher acidity because the BPA from the can lining can easily seep into the tomatoes. So, in place of canned tomatoes, it’s better to use fresh organic tomatoes as much as you can.

White flour is considered nutritional waste, with all the value removed during the refining process. The sugar content is also very high, and it doesn’t provide any energy but instead takes longer to break down.

These foods consumed for a long time can lead to an increased inclination towards cancer. Another worrisome factor is that white flour is bleached using chlorine gas during the milling process, and that’s a highly toxic gas for the body!

In fact, studies have shown that excess carbohydrates intake increases the risk of breast cancer in women. Moreover, white flour has a high glycemic rate that rapidly raises blood sugar levels. The spike in blood sugar promotes growth and spreading in cancer cells.

But the good news is that there are healthier options to refined white, including whole wheat, almond, quinoa, and barley flour. You can just as easily use these flours for baking or making loaves of bread.

Refined sugars, including the brown kind, cause cancer. The high-fructose corn syrup and other refined sugars lead to a sudden spike in sugar levels in the blood and take longer to break down. These sugars cause mutation in DNA by an unknown mechanism.

You should cut down on these refined sugars and go for organic options instead. A perfect replacement would be: honey and maple sugar. Refined sugar, artificial sweeteners, and high fructose corn syrup are not suitable for your health.

A 2006 study published in the American Society for Clinical Nutrition journal states that a high intake of refined sugar and sugar-sweetened foods increases the risk of pancreatic cancer.

So, instead of using refined sugar or artificial sweeteners, you can try natural energy boosters like honey, jaggery, blackstrap, molasses, maple syrup, or the herb stevia to add sweetness to anything you want.

For potato chips to be crispy, they need to be deep-fried in temperatures above 248 degrees Fahrenheit. This causes them to create a substance called acrylamide, which is a well-known carcinogen found in cigarettes.

According to a 2008 study published in the International Journal of Cancer, dietary acrylamide can put you at a higher risk of ovarian, prostate, and breast cancers. They can even create chaos for your digestive tract. Potato chips are also high in fats and calories.

You can try baked apple or banana chips which are a much healthier option than regular potato chips.

While it can be disheartening knowing that some of your favorite foods could be cancer causing, we suggest slowly substituting if you think going cold-turkey is too extreme for you.

And if you liked this article, you may also enjoy: 10 Miraculous Disease Fighting Foods You’re Missing Out On 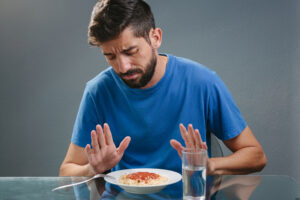 Eat These 8 Foods To Calm Anxiety (And Avoid These 6)

…Did you know that there are certain foods that can induce anxiety? Several studies have discovered that there is a connection between the food we 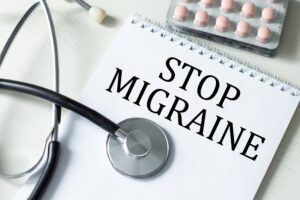 Migraine attacks aren’t just your typical headaches. You can experience pounding pain, nausea, and major sensitivity to light and sound. When one of these migraine 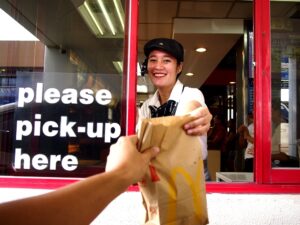 What odd rules do McDonald’s employees have to follow?  Just like most big companies, McDonald’s wouldn’t be the global fast food chain that it is 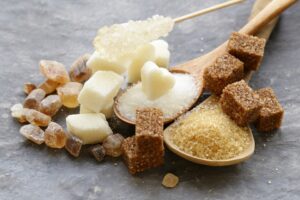 10 Things Sugar Does to Your Body

We are all aware that we shouldn’t be consuming so much sugar, as it is not healthy for us. However, a lot of us forget 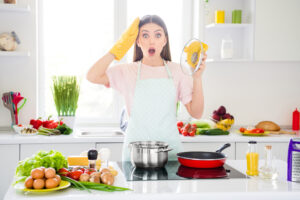 How many kitchen mistakes do you think you make? Whether you want to have more money to buy something you had your eyes on for 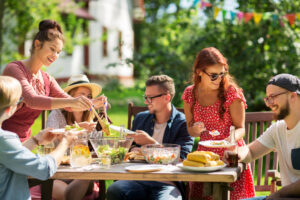 10 Foods To Stay Away From This Summer

How many summer foods do you eat when the weather is warm? Summer means long, warm, and lazy days spent under the sun, laying around, 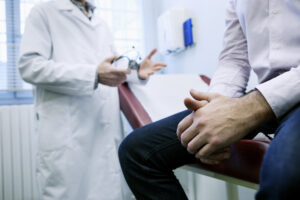 9 Things Men After 50 Need to Get Checked

When it comes to your health, turning 50 is a watershed moment. As a result, men over the age of 50 must get frequent health 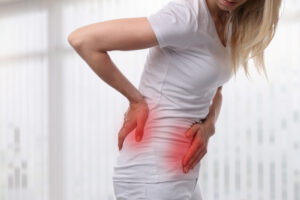 Kidney stones, also known as nephroliths or renal calculi, are the most prevalent urinary system health problem. Every year, around 600,000 kidney stone cases are 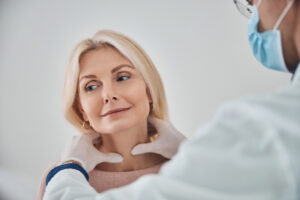 6 Ways To Keep Your Thyroid Happy

First, what does the thyroid do? As lots of patients don’t know exactly the basic stuff about thyroid, we’re here to unfold the very basic 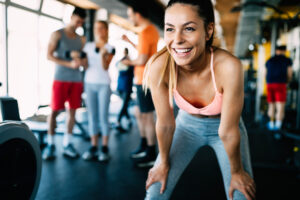 You know that summer is right around the corner, right? And you know what that means, right? It’s time to show off that summer boooody! 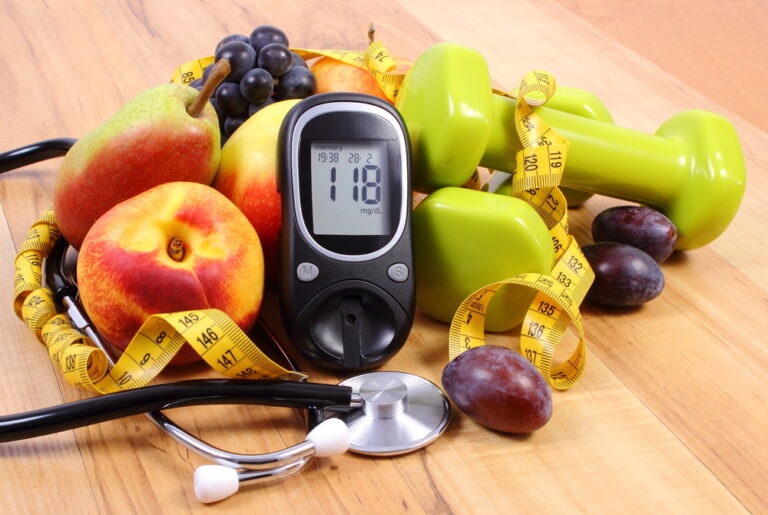 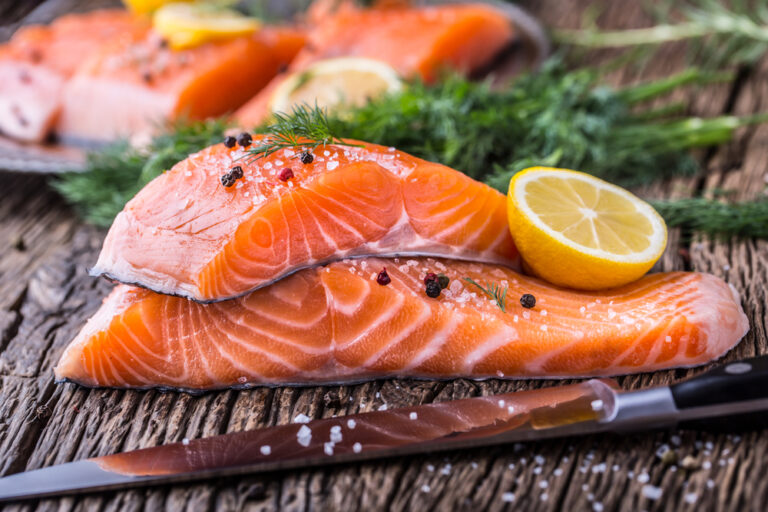 Eat These 19 Foods to Keep Your Appetite Under Control 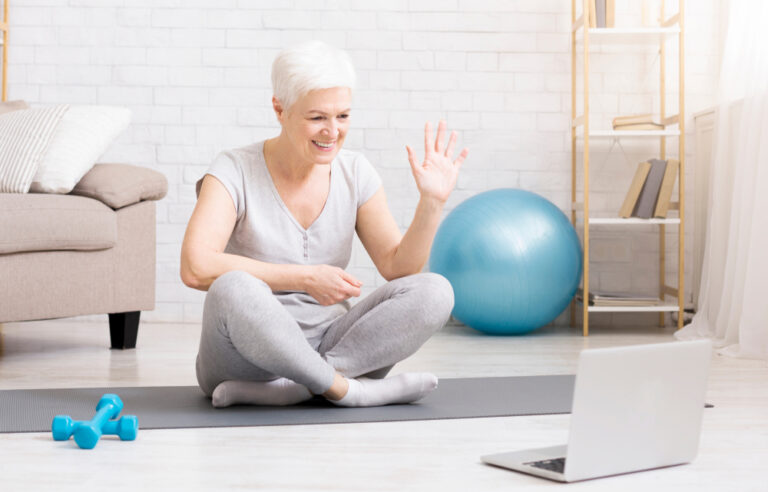 Workout Journey: 8 Tips to Start an Exercise Routine For Beginners 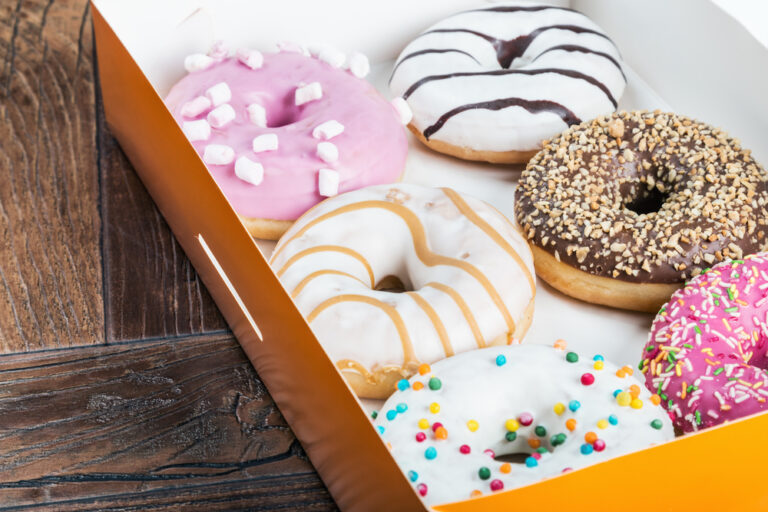 18 Foods to Avoid That Will Fatten You Right Away 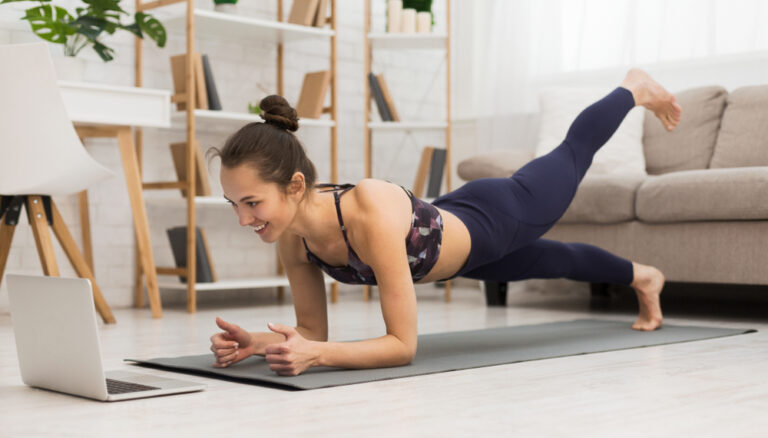 11 Easy Ways to Sneak a Workout Into Your Day 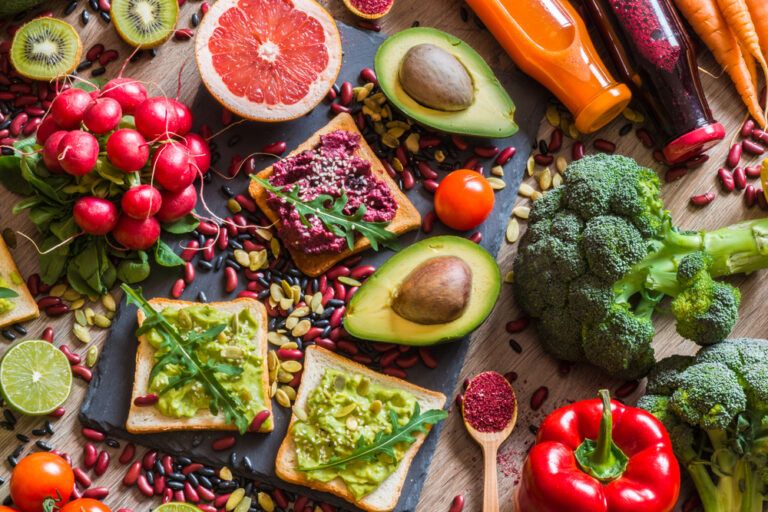 10 Things That Happen If You Go Vegan For One Month 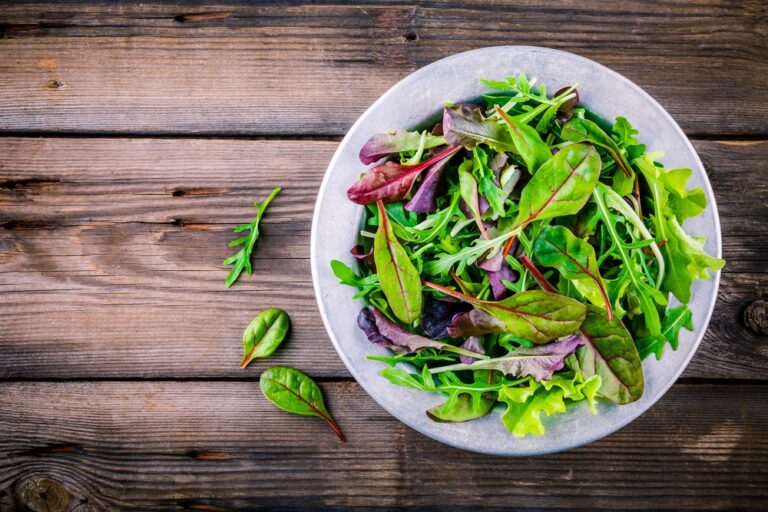 13 Foods That Are Good For Your Heart 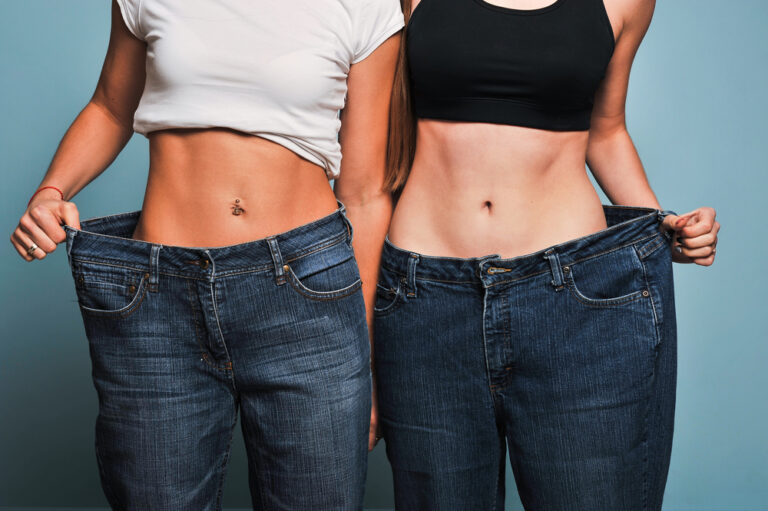 7 Uncommon Reasons You Can’t Shed Off the Pounds 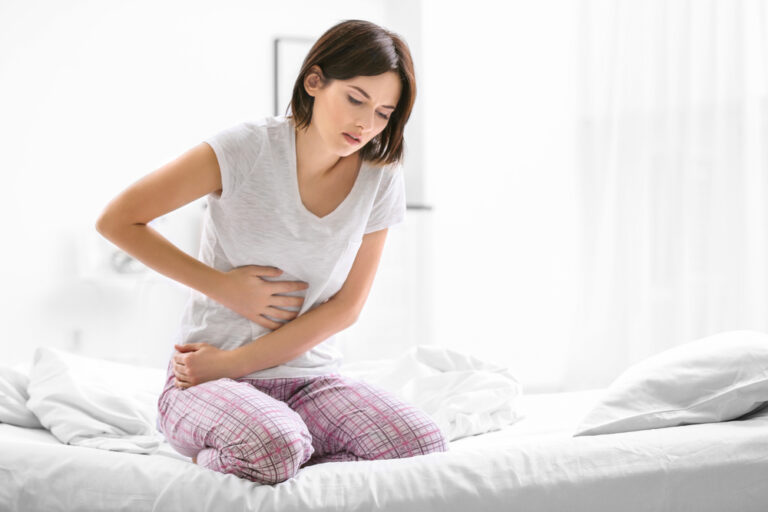 9 Shocking Reasons Why Your Stomach Hurts All the Time