Have you ever wondered if there are any so-called healthy snacks that are not as healthy as they pretend to be? Or how do people seem to believe they are? It happens way more often than we all would like to think.

Maybe the product was intended to be healthier at first, but the end products sometimes end up being jam-packed with ingredients that are just as harmful to our health or they substitute an ingredient for one that is worse in the long run (yes Splenda, we’re looking at you).

Here we have gathered some of the world’s most hailed healthy snacks and explained why they aren’t as good for you as you may think! Be it that you’re trying to lose weight, trying to be a bit healthier, or making more informed choices about what you’re putting into your body, we have got something interesting for you to read!

Let us know if you knew about these perceived healthy snacks and items, or if any of them surprised you!

Fruit smoothies are one of the healthier snacks you can get in the afternoon when you need a pick me up. Yet, you should probably steer clear from the store-bought ones as they’re not as good as they may seem. A lot of them have quite a lot of high-fat dairy and very cheap sweeteners to end up getting the pricepoint low, which makes them a calorie and sugar bomb!

Generally speaking, smoothies are really good for you, but you have to make sure you know what is in them, and the safest option is to make them yourself. Yet, if you’re in a pinch and you have to choose, you’re better off just buying the fruit as opposed to getting a store-bought, prepackaged smoothie.

Not to mention, research has shown us that you should eat not drink your fruit, as they’re way more filling if they’re in their solid form. A smoothie may not keep your hunger at bay until dinner, while an actual fruit might, besides the fact that it’s obviously the better healthy snack out of the two!

Would you go and eat a huge piece of cake right after you come off the treadmill or after you come back from a run? Yeah, we didn’t think so. This is why you should be very careful when you’re buying protein bars, as many of them are full of sugar (or alternatives), preservatives, and can have enough calories to cover a complex lunch!

With most brands of protein bars, you’re better off just getting a candy bar or some chocolate, as not all are what they’re made up to be. Which healthy snacks have suspiciously low prices? The unhealthy ones.

If you fell for that craze a few years back that claimed that eating wraps was better than eating bread, we have bad news for you. Not only do these wraps hold a lot more calories per portion, as opposed to one slice of bread, but they have been proven by researchers to be linked to weight gain.

Moreover, in order for them to be able to stay malleable and not dry out after you open the pack, they have a lot of added fat, which is generally in the form of hydrogenated oils or soybean oil. They’re pretty bad for your health, so if you find yourself eating a wrap as a healthy snack more often than not, you should consider changing it to a normal sandwich. Depending on the type of bread you’re going for, it’ll be actually healthier: we recommend this one for an amazing sandwich!

These tiny portions of your guilty pleasure snack may seem like a great idea to just satisfy an itch of a craving or if you are trying to make sure you don’t end up eating a whole pack of the full version. However, it’s just a good idea in theory, as researchers have found out that it may end up tricking your mind into eating more.

A lot of us buy these when we are trying to lose weight but still feel like getting a healthy snack, but in reality, these mini-packs don’t do much. It’s because they give the impression that they’re small potions and they will not have much of an impact on your life. This leads to a lot of people thinking that because they are so small, they have fewer calories, and seem to be portion-controlled, they won’t matter much if you eat more than one pack at a time.

Unfortunately, this leads to overeating and one pack never stays just one. Many people reported that they ended up eating several packs, and in the end, they ate way more than if they had gotten a regular-sized pack to begin with. This healthy snack is not unhealthy due to what is in it, but rather because of how it can trick you into eating more accidentally.

You’re better off getting a few biscuits out of the regular pack than risking falling for the allure of these mini packs!

Unfortunately, the healthy version of chips isn’t actually that much different from the regular version. These healthy snacks aren’t actually made from whole vegetables, like the photo on the bag might try to tell you, but rather out of vegetable flour; they’re pulverized vegetable flour which is then mixed with salt and oil in order to get that perfect chip shape.

Truthfully, while tasty, they’re not much different than normal chips, and if you’re looking for a healthy snack, these might not be the answer. You can always just choose to munch on some carrot slices, maybe some edamame, or even indulge in some wheat crackers with peanut butter (two tablespoons max), for a healthier alternative!

Don’t get us wrong, we aren’t saying that dried fruit is bad for your health! But that is only when consumed in moderation and when people don’t end up eating a tub of them in one sitting. They’re generally a great addition to salads or an amazing healthy snack filled with fiber! However, some of them might actually just be candy due to how they are processed, and unfortunately, craisins are one of them.

Generally, there is more sugar in dried fruit than there is in their normal state, with the addition that some of the dried fruit you buy off the shelf is also coated in sugar by the manufacturers! That’s concentrated sugar-coated in more sugar, and truly, you’re better off just eating the fresh fruit. It’s not as inconvenient as some make it out to be and it’s definitely a healthy snack!

A lot of us have been fooled by labels to think that sugar-free snacks are healthier alternatives to normal snacks due to the lowered sugar content. However, it has been proven by researchers that artificial sweeteners are linked to increased weight gain since they end up fooling your body into craving more carbs.

Not only that, but many of these so-called sugar-free “healthy snacks” may contain the substance they claim to be free of!

According to the standard, they can have up to 0.5 g of sugar and still be considered sugar-free. If you’re craving something sweet, it’s better to just moderately eat whatever you’re craving, despite the sugar, but eat it in moderation rather than reach for these.

If you are used to reaching out to these as an easy and healthy snack option, especially if you are on the go, thinking it’s the better option for your body, then we have very bad news for you! They are not that different from the snacks people love to hate on; they’re actually just as bad as candies or chocolate, but people who preach the importance of healthy snacks like to ignore this fact.

Most of them are loaded with sugar, and they are actually no healthier than a biscuit, a cookie, or even a chocolate bar. They are packed with glucose and, at times, if you’re not reading the label carefully, they don’t have enough fiber or protein to offset the high amount of sugar, so it will not keep you full until the next full meal.

If anything, after they are eaten as a substitute for breakfast, they are more likely to give you a blood sugar crash than leave you full until lunch.

While they have become a staple of healthy snacks, especially when it comes to people who are trying to lose some extra pounds, they aren’t the end-all, be-all alternative snack that they are made up to be!

While they aren’t full of salt or oil, they are quite notorious for ranking high on the glycemic index. That list is the one that measures how fast certain foods make your blood rise on a scale from one to 100, and our friends the rice cakes have a high rank of 82!

Surely, they aren’t as high as other snacks, but it’s something to keep in mind. Especially since researchers have found out that foods with a high glycemic index can cause excessive hunger and increase the activity in the part of the brain that causes cravings.

These are the perfect foods that will make you crave more and more, eventually leading to overeating, which makes them qualified to be knocked down a peg when it comes to being hailed as extra healthy!

Since we’re on a debunking myth spree and giving you some healthy food advice, read more about these delicious foods that will not make you gain weight here! 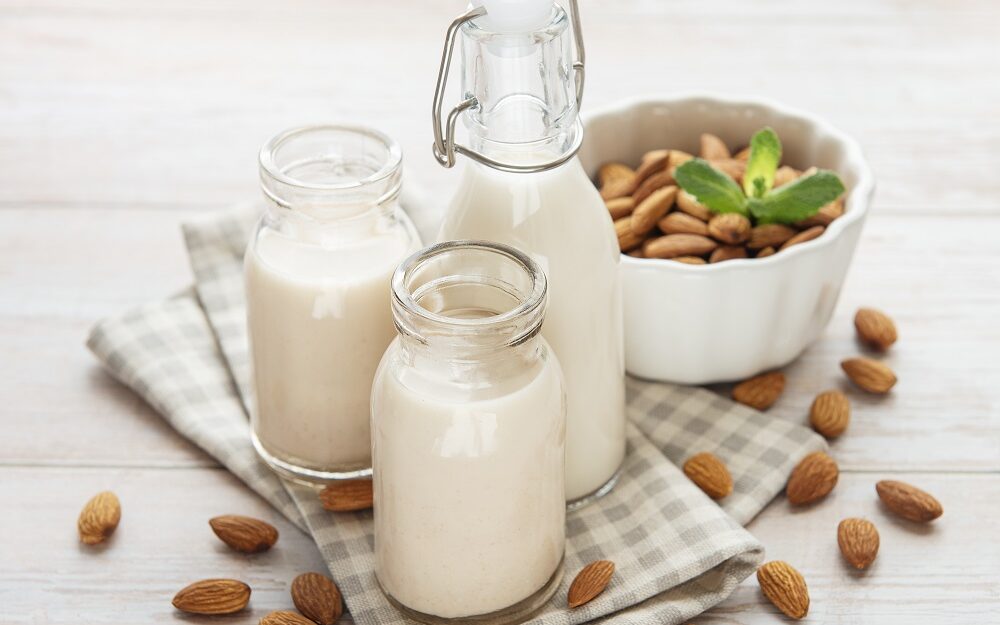 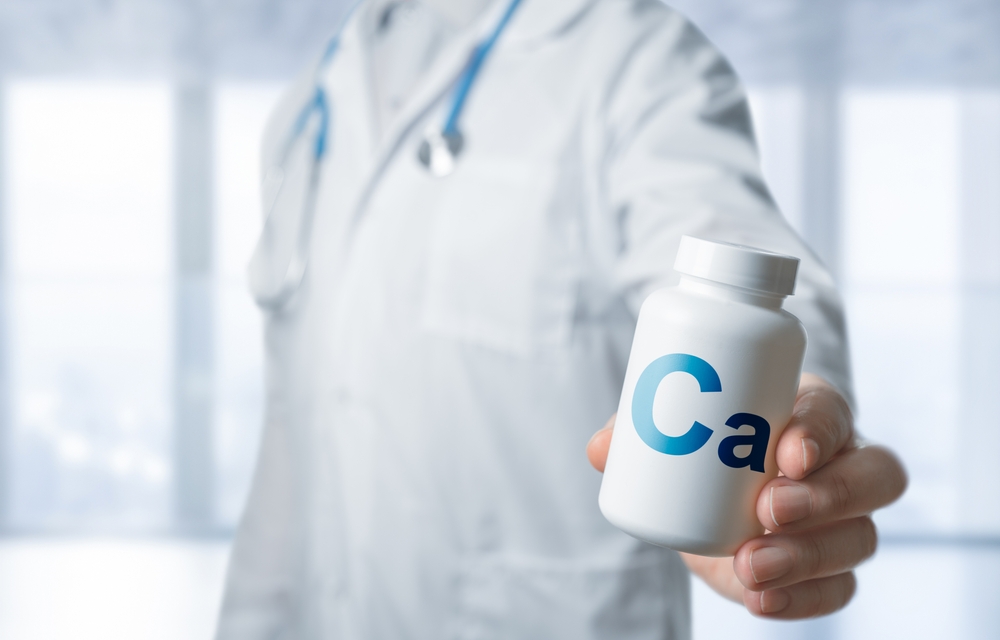 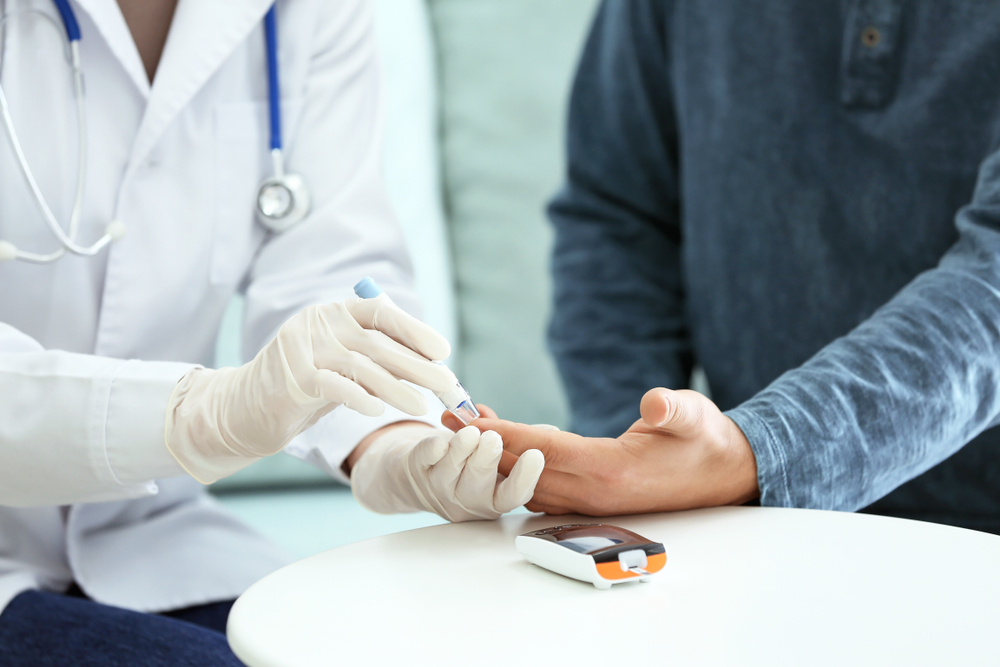 Almond Milk: 7 Benefits and 5 Side Effects 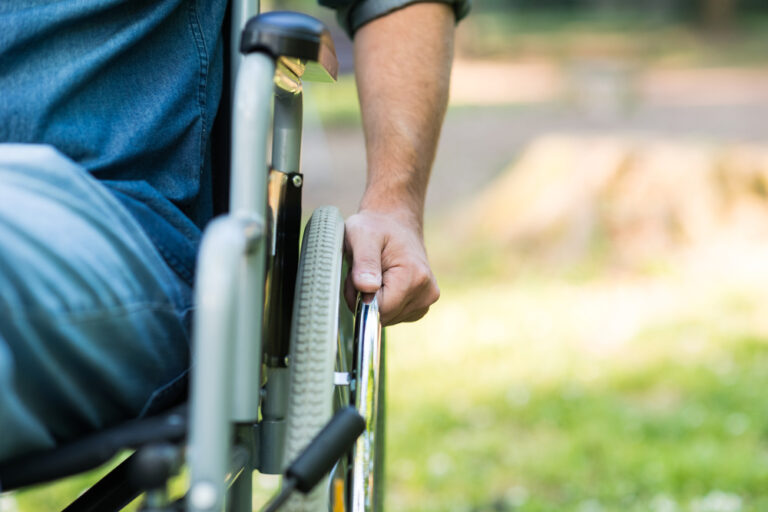 8 Effects That Multiple Sclerosis Has on Your Body 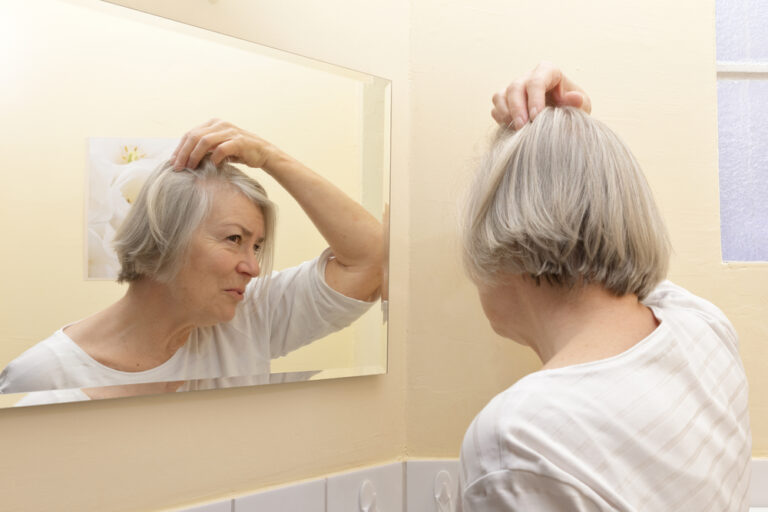 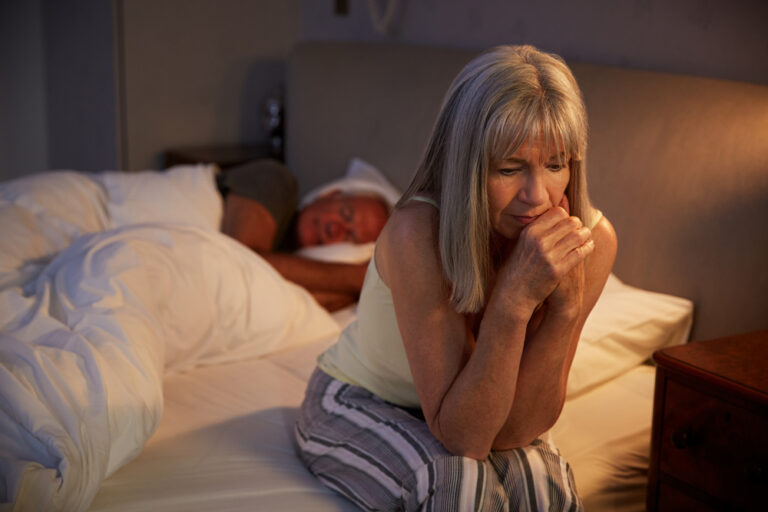 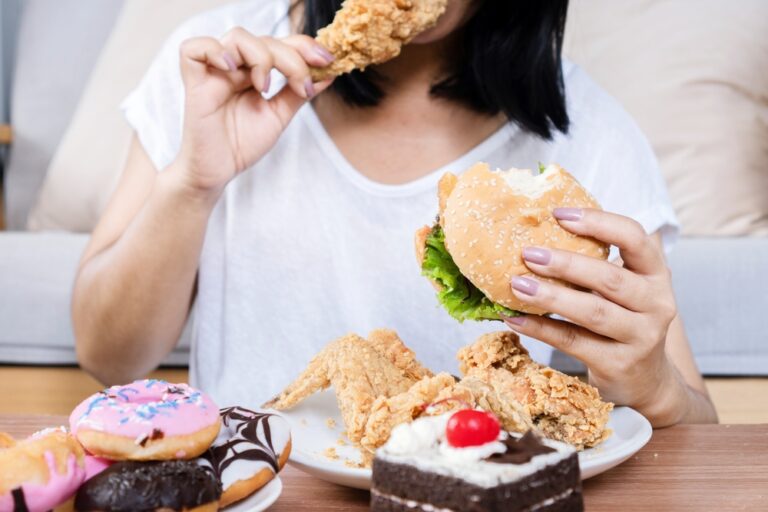 7 Surprising Reasons You Are Constantly Hungry 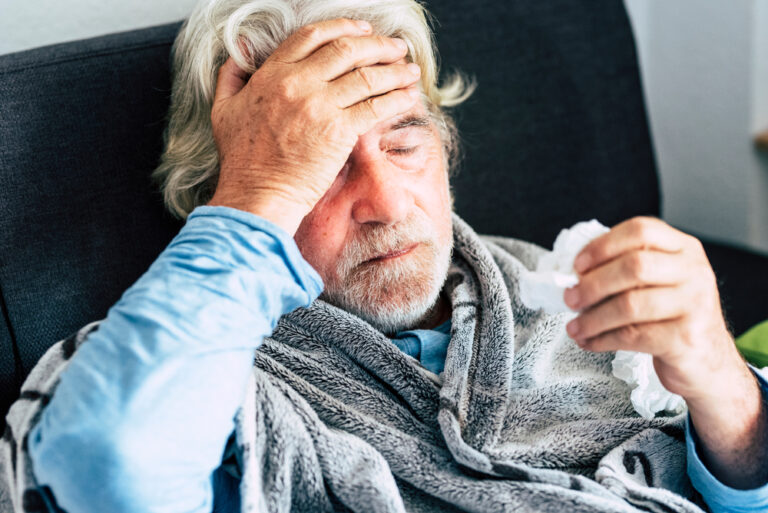 Top 10 Chronic Conditions Seniors Have to Look Out For 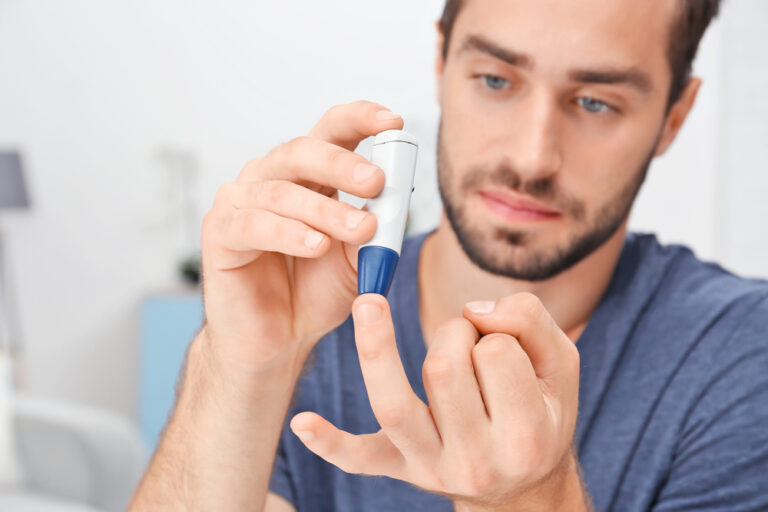 5 Shocking Things That Put You at Risk for Diabetes